All candidates must be 18 years of age, a Citizen of the United States, and a registered voter residing within the incorporated city limits at the time nomination papers are issued.

The Mayor is selected every year by the City Council.

The next San Gabriel General Municipal Election is scheduled for Tuesday, March 3, 2020. 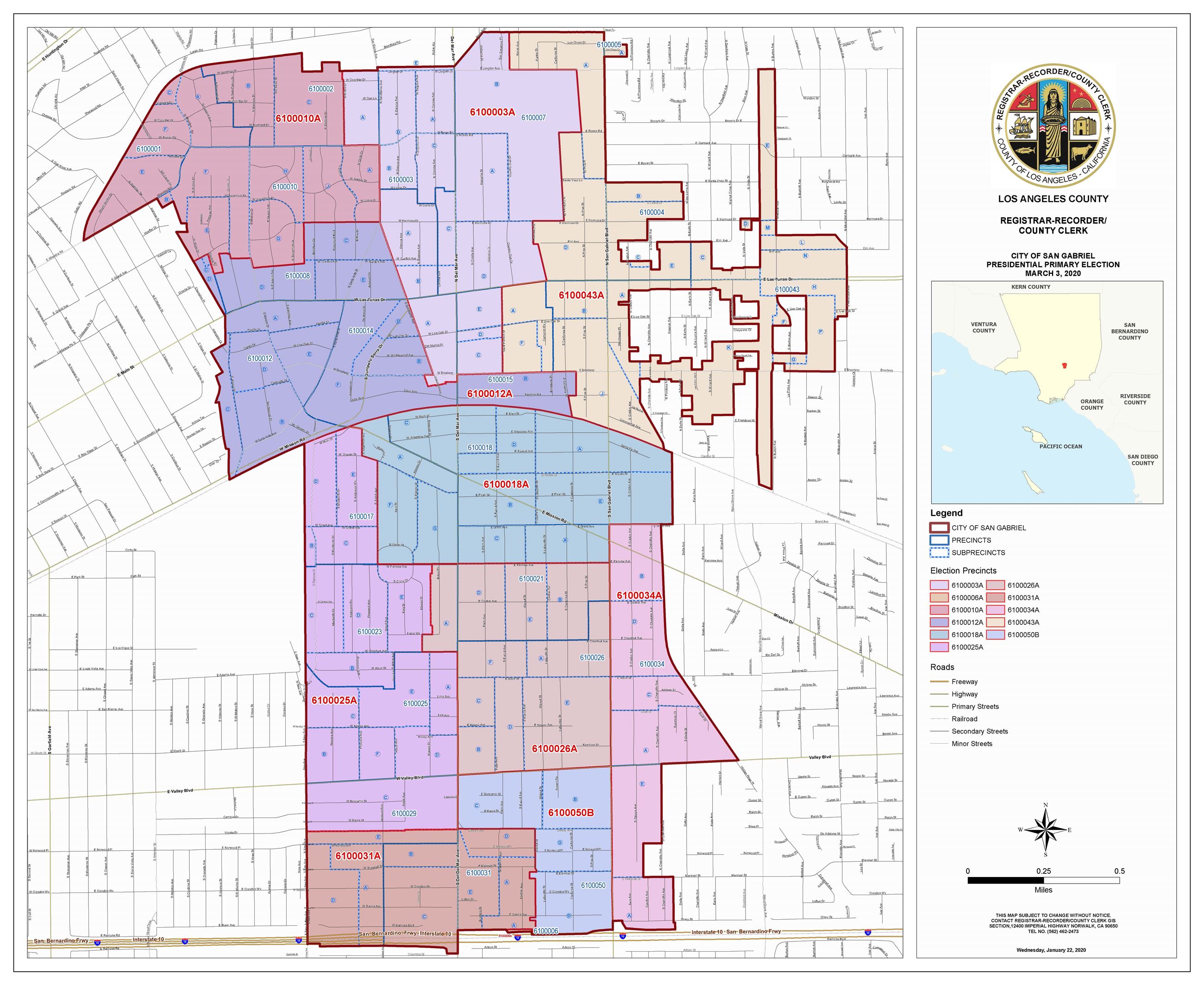